The European Grassroots Antiracist Movement – EGAM - conducts the first Europe-wide testing against racial discriminations
A European first
This night, the civil society European Grassroots Antiracist Movement – EGAM – has conducted the first Europe-wide testing against racial and ethnic discriminations.
In 14 countries, the activists have tested, all night long, the nightlife places in the main capitals and cities of Europe. In 15 cities, 35 nightlife places have been found discriminating. You will find the results of the testings, for each country, at the end of this press release.
Following weeks of preparation, coordination, and training sessions organized all over Europe, this first European Testing Night is only the beginning of a long-term Europe-wide campaign against racial and ethnic discriminations. The method being used, the testing, is a tool that was invented by the Civil Rights Movement in the US to fight racial segregation and later discriminations.
Starting with this first testing night, the European antiracist civil society will test the continent on a regular basis, in order to raise awareness on, and denounce the racial and ethnic discriminations that prevent parts of the European population from having just and equal access to housing, work, entertainment, etc.
The European political context favors the increase in racial discriminations
Although people are discriminated for different reasons in the different countries, the racial discriminations are a phenomenon on the rise all over Europe.
The European Testing Night takes place in a political context that favors this increase : the far right and populist political forces take advantage of the current economic and social crisis to gain influence, meet election success, enter parliaments, being sometimes a part of governmental coalitions or their irreplaceable support.
These political forces spread a racist ideology of exclusion and hatred against parts of their national populations, trying to impose on them a de facto domination on racial and ethnic basis.
With regards to this harsh political context, the European antiracist civil society is attached even more to the European dream of a continent free of racial and ethnic discriminations, where all citizens have equal rights, pursuant to legal regulations and in practice.
Europe is not at level with its aspiring values when it comes to fighting racial discriminations
Although good intentions are proclaimed, Europe does not take proper steps to confront this situation.
The European Testing Night was prepared and conducted with no institutional nor financial support from the European institutions, including, of course, EU institutions.
This is only one blatant example of the inability of these institutions to really tackle the problem of racial discriminations on the continent.
In particular, they do not provide enough support for the emergence of a real civil society, in relationship with, but independent from them, since they regard it too much as an extension of themselves.
Doing so, they prevent the voices of millions of citizens from being heard, and they do not provide Europe with the appropriate means to combat racial and ethnic discriminations.
To combat racial and ethnic discriminations, a strong and clear support to the European antiracist civil society is needed, now more than ever.
Activists’ security is at stake
In various countries, conducting the testings results in a serious threat to the personal safety of the testers and the institutional safety of the organizations.
We rely on the national and local authorities to pay a special attention to the personal and institutional protection of the EGAM Members and activists who have conducted the European Testing Night in their countries.
The European Testing Night was conducted by EGAM, whose Members are :
Mjaft! (Albania), ZARA – Zivilcourage und Anti-Rassismus-Arbeit & SOS Mitmensch (Austria), Kif Kif (Belgium), Youth Initiative for Human Rights (YIHR) – Bosnia (Bosnia), Bulgarian Helsinki Committee (Bulgaria), YIHR – Croatia (Croatia), SOS mod racism & Nordic Network Against Racism (Denmark), Estonian Institute for Human Rights (Estonia), Finnish League for Human Rights (Finland), SOS Racisme (France), ADNB & Karawanserei Toleranzin (Germany), Greek Forum for Migrants (Greece), TASZ – Civil Liberties Union & NEKI (Hungary), SOS Razzismo (Italy), YIHR – Kosovo (Kosovo), Latvian Center for Human Rights (Latvia), Moldovan Institute for Human Rights (Moldova), YIHR – Montenegro (Montenegro), Hi5 & Radar (Netherlands), Norwegian Center Against Racism (Norway), Open Republic & Never Again! (Poland), Romani Criss (Romania), YIHR – Serbia (Serbia), Ludia proti rasizmu (Slovakia), Ekvilib institute (Slovenia), SOS Racismo (Spain), Centrum mot rasism (Sweden), DurDe! (Turkey).
The action was conducted in partnership with national partners, including :
Roma Active (Albania), Center for Positive Integration (Denmark), HR local monitors (Romania), Regional Centre for Minorities & Novi Svet (Serbia), The Anti-Discrimination Bureaus of Eskilstuna, Kalmar, Karlstad, Norrköping, Uppsala and Örebro (Sweden). 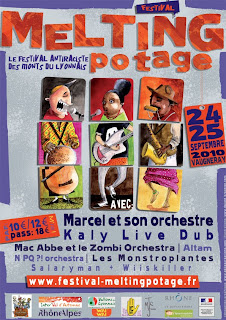